“King o’ the Swingers” Paddy Cole will head an All Start Cast in this Special Acorn Club Tribute Concert that will celebrate the life of the late Gerry O’Reilly.  The Concert will be held in St Lachtain’s Catholic Church, Freshford on Friday October 11th 2019 at 8p.m.   Tickets will go on sale at O’Shea’s Newsagents shortly. 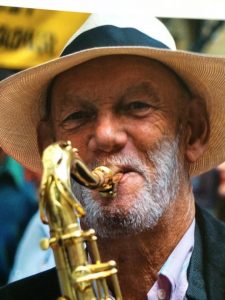 Joining Paddy on stage will be The Back Door Blues Band,  Kilkenny-born Opera star  Muireann Mulrooney together with the Sospiro Male Voice choir and The Unity Singers, rising POP Star Hana Kate, Jim White, Paddy Fitzpatrick, Moira Maher and David O’Reilly with  one or two surprise appearances thrown in for good measure!   Musical director will be “Rose of Tralee” MD Ollie Hennessy and his Orchestra.

Freshford Town Soccer Club – a club very close to Gerry’s heart – will also play a major role in this Tribute Concert together with Freshford.ie – yet another organisation that Gerry was actively involved in and strongly supported.

Singer Hana Kate (a.k.a. Hanna Byrne) was selected to represent the Irish Haemophilia Society (IHS) at the concert.   The IHS was always considered Gerry’s  “second family” during his lifetime and is expected to be strongly represented on the night

A Special Programme is also being printed to mark this unique occasion.  It will be available free of charge at the door to everyone attending the show.

A sell-out attendances from across the country is anticipated so early booking /reservations is advised.  For bookings/ reservations, please contact Noreen 087-974 0906